To put a price on a thing is an odd thing to do.

I've never sold my photographs. I'd dreamt of doing a photo exhibition. I wanted to do more than show them only to take them home afterwards. I wanted to do something good along with it - to auction them and raise money. I didn't know what putting a price on one would feel.

But before I wade into my moral dilemma, let me thank the people without whom this wouldn't have been possible - Kavita, Tharak, Kritika, Pooja & Vivek. These five people were the hands, feet, brains, heart and occasionally filled in for all the other organs that were needed. Kavi was the mastermind of this project. I might've taken the photographs but she put on this show. Tharak for all the posters & the artwork in the coffee table book. But my gratitude really goes out to the last three, who flew in from Delhi & stayed the whole week to help!

Back to my dilemma. It wasn't as if people were paying for the photographs. They were paying for a visually impaired student's future & education - that this framed photo was merely a glorified thank you card, from me to you, all paid-for by me. But it did feel like I was making a sale.

Until that point in my life, I'd marked a large number of my photos online as CC-BY. All anyone needed to do was connect my photo to the original upload & use it as they please. They ended up on song cover art, safari brochures, treehugger articles, wikipedia and god knows where else. And if I cared, it was only to know that they were of use to someone.

As an auctioneer, I was conflicted. I wanted to give everyone the picture they liked, but I had to push the price up for the cause. Bidding wars may push the price up, but they do so by denying someone their wish to take the photo home. I wasn't happy to call up someone and tell them they weren't getting their photo of choice - I wanted to prevent people from outbidding others. At the same time, I wanted to hit my fund raising target.

I felt like I was the bad person here, keeping people from having what they want - for money. Generating artificial scarcity for something that was still available at no cost - I felt like I had sold out. Felt like I was doing something morally wrong, cheapening the sensation of having raised a whopping 1.3 lakhs for mitrajyothi. I might be feeling a bit low about the auction, but that money is going to go do a lot more good to a lot more people. But I do have something to re-iterate about my photos and your right to enjoy them.

My Creative Commons photos have always been available for anyone to download - use one as your wallpaper, take a print & frame it or paint a copy.

Just leave a comment or something, so that I have a reason to keep uploading more.

--
The essence of all art is to have pleasure in giving pleasure.
-- Dale Carnegie 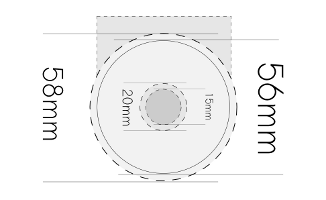 Spend every day watching your life pass you by. The days, they go on interminably without any identity of their own. Your thoughts become memories, turn into dreams and fade away like breath on a window pane.

Freeze a moment in time, store them away and chase them back down memory lane. Lay down the breadcrumbs marking your way, mementos held close to your heart, of a day that you'll never forget.

--
The moving finger writes; And having writ, moves on.
The writing, it stays written.