By the time you're reading this, I'll probably be in the high himalayas, gasping for breath.

Will be back soon, with a lot of pictures, memories and a nice travelogue - just like last year.

--
Travel gives you the illusion that you're getting somewhere.
But half the time, you're just coming back. 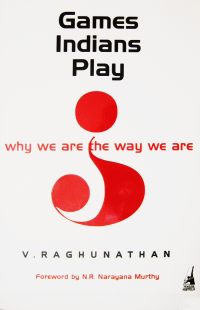 GPLv3: More Freedom for Whom ?

Last monday afternoon, I tore myself from the mundane grind of office to go listen to Eben Moglen talk about GPLv3 and Beyond. The evening that was to follow was as brilliant as the golden monsoon sunset. I happened to miss the GPLv3 conference that went on last year, mostly due to personal reasons and I'd been out of the loop from the whole license process.

A Benevolent GPL: Most people assume GPL version 3 is going to get tougher on those who violate the license. But I was surprised to learn about the amnesty period for bonafide violations, to give the errant a chance to redeem themselves. The termination clause allows for a sixty day period to get back to compliance and avoid the penalties associated with copyright infringement.

Patents: I didn't hear this from Eben Moglen, but it bears repeating - "Where they were supposed to patent new inventions, companies have taken to inventing new patents". And with all due respect, that is exactly what is wrong with the current patent regimen.

The whole Microsoft deal was discussed in the meeting, where the failure of them to act up on the violations would automatically bring in Laches into effect. The FUD might actually work against Microsoft, even if they come up with the list of 253 patents because they will be deprived of all royalty claims for infringements wilfully ignored. Essentially, they're eating into their own war chest of patents with the bluffs.

The Process: There were several comments made about the GPLv3 process, which raises the bar for the creation of new licenses. If someone like OSI decides to ask more questions about community involvement in the development of the license, the proliferation of open source licenses will come to a quick grinding halt. Even moreso, the LGPL is going to become truly GPL+LE (for instance, dotgnu's class libraries and GNU classpath are GPL+LE rather than LGPL).

There will always be people who write BSD licensed code, but it lacks the unifying nature of GPL. The proprietary forks for most successful projects are doomed to die, due to the lack of the very things which make their mainline a success. It is a living tree which only sprouts dead branches - an enormous waste of manpower thanks to short term myopia.

Adoption: In this context, it would be good to remember that something as popular as Firefox is dual-licensed under GPL version 2 or *later*. As far as the world of code is concerned nearly all of that is as good as GPL v3'd, after the first commit which says "version 3 or later".

Freedoms: There have been too many comments of companies like Tivo and others who abide by the legalese, but violate the spirit of the license. But it serves some purpose to point out that the intention of the license upgrade was to plug some of the legal loopholes which have come up during the last half-decade. Those who shall suffer are those who have been exploiting those loopholes.

Essentially, the license makes no pretence about the freedoms it tries to protect - the users'. In turn, it does protect the developers who in conjunction with the former, makes up the community - from underhanded attacks by for-profit redistributors. Basically, there are people who will lose out due to the changes, but it somehow looks as though the license is slanted the right way for Joe Hacker - both for individual gain and altruism.

--
The difference between the Mafia and an insurance agency is that the latter doesn't burn down your house if you don't pay.