The word intellectual has been hijacked. That epithet was reserved for those who held views of their own on this world. For those who used their intellect and abilities to percieve the world in their own light. For the renegades of thought, not restricted by the dogmas of their time and life.

Somewhere along the way, it became impossible to distinguish between the true leaders of ideas from those who have squandered their potential as independent thinkers. It's not like the fundamental roots of philosophy have changed over the years, but the world of print is seducing those that wish to futher their development onto the beaten paths of the last century. I do not deny that on shoulders of giants we should stand, but not on their toes.

I meet people like that all the time. I in fact, enjoy the crossfire of ideas that results in. I'm growing, I'm learning without being taught. But I often feel like what I've wandered into is not the melting pot of ideas, the half-bakery of them - but the McDonalds of ideas. Ingredients sourced from all over the world, made with a recipe, packed and tastes the same all over the world. There's a pervading sense of sameness about it - the names dropped, the vocabulary and the people I meet.

The ends remain the same, but the means have lost their meaning. Existential angst is the source of all my philosophy. The contemplation of suicide is perhaps the only source of truth for me - to veer off that path, I've looked far and wide for meaning in my life, till I realized that ironically, that very same quest is the fundamental meaning of sentient existence. To find an answer would be a death unto itself - cogito ergo sum. There's only one certainty and depressing as it might be, the evasion of which is what's so uplifting about every day lived.

I'm not an intellectual. But I like to pretend to be one, because of the social acceptance it provides for my quirks. But beyond that, I'm merely a student of human nature - mine first and everybody's later. And that's just my arrogance claiming how unique I am.

--
The error of youth is to believe that intelligence is a substitute for experience.
-- Lyman Bryson

The really hard part of APC is the internal locking code it has - it's not that hard to do, just hard to figure out if you've done it wrong. And I'm just about to really mess around with the assembly spin locks and pthread mutex locks to make them cross-process locks which live in shared memory (remember that "volatile" keyword in C?). The other couple of lock modes are already cross-process and slow (because of the syscall). If these work right, I won't really have to cripple the fast part of the code to implement the features I have in mind.

But before I start to go MIA into the locking code, I'd like to get my testing in place. So I've written a small and tiny test app called lockhammer - read the makefile and please run it on every platform you want APC to work. (make APC_DIR=~/apc link; make)

The code in lockhammer.c should be easily understood - basically it allocates some shared memory, creates a lock in it, forks, re-attaches the memory in each process. Every process is a loop of lock, write PID into shm, sleep, check the PID. In case someone has a better idea of how to test locks, I'll also like modifications to it, in case any of you think there's some corner case I missed (yes, random sleep & random fork-order is also on my list of TODOs).

Fundamentally, the information about locks is privately held within the lock type code in APC. The information needs to be moved into a shared mode (or at least, transparent) for multiple un-related processes to be able to share the cache without collisions. Eventually, you should be able to use APC in a standard FastCGI deployment without allocating a cache per-process.

And if you're a user, I'd like read something other than a bugreport, occasionaly.

--
They're gonna lock me up and throw away the key!

We condemn the most in others that which we hate in ourselves. For it is our nature to be honest and judge oneself so harshly, so much so that your judgement passes onto the actions of others. It's never their deed that you despise, but the bitter taste of your own which rises like bile from your gut. And you can never forgive, never forget.

At some fundamental level, we are incapable of being with people like us.

Rebellion isn't the answer, it's merely a step. Freedom is a state of mind, reality checks are moot.

The ability to be whoever you want to be is no excuse to slip & be somebody you aren't, someone you don't recognize anymore. You are not truly free inside your mind, until you know your Ego & your Id - in your decisions, reasons and emotions. Until that day, freedom from the comfortable clasp of social norms is meaningless. Free from others, but still a captive of your desires and whims. Merely an illusion of isolation, holding onto it; Changing everything, seeking instability, perpetually emptying out your soul. Hoping to be free in solitude, but still not succeeding.

But how would I know? I'm not free, at least not yet, not for a long time to come.

--
Man is free the moment he wishes to be.
-- Voltaire 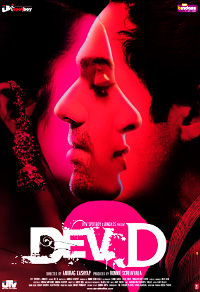 Nothing but echoes ... (again)

Maybe it's because my life feels so empty right now, but I keep hearing echoes of my past.

And now, I feel like revisiting those thoughts - this, that, the other and then some, pulling all together into a single page of the book that is my life.

--
Have the courage to take your own thoughts seriously, for they will shape you.
-- Albert Einstein

We delude ourselves into thinking we are original. That all our interactions, love, hate and relationships are nothing like what the other six billion are going through. Feel like slapping the friends who said "I know what you're going through", because they just can't. Can they? Only one day to actually snap out of it, wake up and realize that you've been ad-libbing your way through a lost script written and replayed unrehearsed in pretty much every corner of the planet.

The realization that I'm ordinary is pretty much a revolting thing to digest. But it's kinda hard to dodge, when you can just press play and listen to this.

--
It is amazing how many eggs one can break without making a decent omelette.

Running Out of Time

I guess sometimes what you really run out of is time. It's a long way round to the start and I guess it'll just take time, what I have & what I don't.

--
Perhaps the magic would last. Perhaps it wouldn't. But then, if it doesn't, what does?