At a familiar crossroad again. Been here before, taken all the forks, gone the full distance, come around full circle and back to square one. Moved over, settled down, played around and even took the detour - from there to here and back. But my heart whispers that somewhere up there, is there a path I skipped, which takes me away and hides me away.

A way forgotten, in haste or carelessnes. There must be a way - I need to find a way to cut a path across the hills and valleys of life. Passing the crests and troughs like a rough rollercoaster ride of emotions. Travel alone, but arrive together.

Or maybe just pass by. In this vastness of our lives, we pass each other by - a look and a voice. A light and a signal, then the darkness and a silence. And yet again. Crossed paths and meandering routes marking our journeys across this lanscape of existence. There must be a plan, a map to consult, a compass to travel with and the stars to guide you by.

But this is not the map I need. Directions are not what I need, I need a destination.

--
Predestination was doomed from the start.

I thought I'd done this once already. I guess I have no recourse other than to follow the crowds wherever they go - follow the herd and keep up.

So, twitter gets a new t3rmin4t0r. And the countdown into obsolescence begins anew.

--
It would be illogical to assume that all conditions remain stable.
-- Spock

Everyone has one story to tell.

But blessed are those who have the ability to articulate it in words. For the struggle of a mind to tell all and reveal; It's to its detriment perhaps, to give up a bit of itself. But perhaps it is the escape of a mind from the confines of a body, of thoughts from a mind. And of course, ideas from the thought behind them. This is perhaps the greatest leap ideas have ever taken - from mind to mind, over time and distance.

Free to move between the minds of others, the thoughts have transcended the original boundaries of man, to enter the realm of the plural. Man became men, me became we, you becomes us. No longer does it have a single pale shade of white, but the tinges of grey that everyone's dirty fingers have added to the paperback. Context & perspective, shift and shear the words' import and the meaning escapes the control of the author.

My story becomes yours to repeat, if not to experience. Or perhaps not. The true magic of the written word was never in its production, but in the re-production of emotions that such pithy squiggles can carry within them. The imaginative machinings involved in reading, as mundane as it may seem, is no less a daily miracle.

And the rest is left as an exercise for the reader.

--
The trouble with telling a good story is that it invariably reminds the other of a dull one.

You are disconnected, you live in your own shell. The world exists for you only when you wish it to be. Your world is one of your own, independent from those around you. And you learn to enjoy the silences, they carry their own sense of meaning, peace and serenity.

And one day you forget how to feel. Caught up as a spectator to your own life, watching, taking apart and doing what's rational. Being successful, but completely unsatisfied with your own success. It's not that you don't crave for meaning, but it's like a tango with the world in lead. You realize that you've lost purpose, drive and emotion - but it's been taken care of.

Of all the things you miss in life, that's what you miss the most - emotion. Pure indiluted irrationality has leaked out of your mind, leaving a completely rational automaton behind. Every action you take is followed by a Why? and one day the answer "just because" stops answering it. And it feels like it's never been enough of a reason, anyway.

Living in the present. A pitiable existence, a slave to your senses. Never nostalgic about the good times of past, never looking towards anything in particular. You eyes, ears and intellect guiding your hands. Doing what's needed - no more, no less. Somehow rationalizing to yourself, that you're just waiting for something. Something that signals the end, turns the page. You know you need something, but not knowing what you need. Spending your days, waiting for your real life to begin in full earnest, with a happily ever after.

Sun rises one day and something in you awakes. Trapped in a perfectly logical box of thought, it tries to break out. Illogically, it seeks to renounce everything that makes you comfortable. Seek pain, not enjoy it - but need it to break out, start feeling alive again. The veil that is laid over your emotions is torn to bits in a fit of anger and desperation. You hurt yourself, you want pain, for the lack of anything better. You hurt others, perhaps you run away from those whom you might. But most of all, you cut yourself open & bleed.

Understanding it was hard. Pain - it's only catharsis. The puff of smoke as you cauterize your endless haemorrage of reason, to be human again. Deal with it, learn to live again, love again; laugh again.

--
Never look back, the view is never as good.

No Rest for the Wicked

What a month! First week spent far far away from my worries in Ladakh, a week of mourning my grandmother's death in Cochin, a week (hardly enough) in Bangalore and now I'm in Portland. Trying to adjust my sleep-cycle with the help of coffee and the lack-there-of. Wasn't too bad though, the CX flight had episodes of Life in Cold Blood, Scrubs and The Ali G Show. A potent combination which mixes all that my mind craves - fun, information and philosophy, though not necessarily in that order.

So, I guess it's time I stopped saying that "I hate travel". I don't quite mind the results.

--
How often I found where I should be going only by setting out for somewhere else.
-- R. Buckminster Fuller

Back from Ladakh, yet again

Had an awesome time in Ladakh - rented bullets to drive around, went white water rafting, camped out near Tso Moriri, rode 100-odd km in a car without brakes, night vigils on a bridge over the roaring Indus and last but not least bicycling down at 55 kmph from the highest paved road on the planet.

But now, I'm back in b'lore and in process of getting myself back into the same 'ol rut. Already got side swiped on the road by an idiot (or whatever the female equivalent is) and now limping along with a toenail torn off.

Trust me on this, Bangalore roads are more dangerous than anything the himalayas could throw up. More on this later.

--
It is the business of the future to be dangerous.
-- Hawkwind

I weep for the living...

There is not one life which does not end. There were days when I was afraid of death, not because mine was next. But to lose a friend, a father or a mentor - to feel the loss that would stay alive. Death does scare me so, because of how ordinary it has always been. For you does not knock, nor toll the bell - but hark, it tolls, but it does not toll for thee. 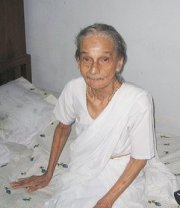 Hear the bell and I weep for me.
For the one who's lost is really me.

--
Death is beautiful when seen to be a law, and not an accident - It is as common as life.
-- Henry David Thoreau