The Private Life of Plants

You can't keep a rain-forest in your backyard, but sometimes a tape of David Attenborough's productions will serve as a sufficient substitute. Not only did he produce groundbreaking nature documentaries, but he assembled an amazing team who were equally passionate about the unrivaled beauty of nature. The Bristol division of BBC turned out a series of expensive nature documentaries which were setting a standard in the field.

My attraction to his particular brand of nature documentaries come from the frequent change of scenery. Where most of the "modern" documentaries reserve an entire half-hour to a particular location or activity, Attenborough documentaries generally travel across the world in the hour. Also the documentaries hardly have any people and does not track people as characters in the story being played out. I am pretty sure they could've made a few more hours of documentaries with the reels they cut out per hour. 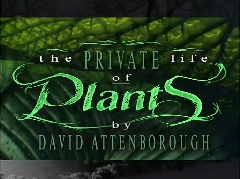 Private Life of Plants is my favorite series by David Attenborough. Now, Blue Planet and other works have taken me far, wide and deep throughout the biosphere. But those leave me with a distant yearning to see for myself these wonders of the world - Christmas Island while the crabs migrate, Palau to see the jellyfish swarms, Fjords of Norway where the whales sound, Great Barrier Reef when the corals are spawning. Deep in my heart, I know that I'll probably die before I see these desires fulfilled. Private Life of Plants, on the other hand takes me somewhere which doesn't exist - the world of plants where months seem to pass in minutes and in 30 seconds we've moved from a frigid winter to a warm spring, through the thaws and amidst the flowers that declare the arrival of spring. 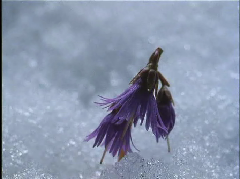 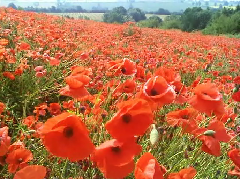 That by itself may seem like a magical trip across time. But there's magic even in the simple things. The background music for instance is very appropriate and literally blends into the actions on screen, as if they had been scripted to the music. There are visits to the inaccessible islands in the pacific, which are preceded by the aerial views of them which add to the environmental setup for some exotic flowers. Even something as simple as a himalayan balsam seed falling into the nearby water is dramatic and accentuated by the plink of the drop, pulled into focus in slow motion. 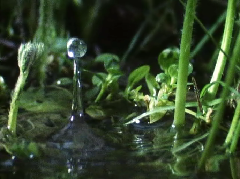 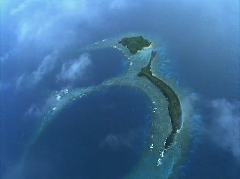 Amidst all these scenery switches, there are no pictures of an elderly (well, in his early forties) English gentleman lugging his luggage, sweating it out in a 4x4 jeep (no Steve Ervin, he is). Even when we rarely see him, it is merely to emphasize the extremity of the environment and how exactly we (or he) just don't fit in. 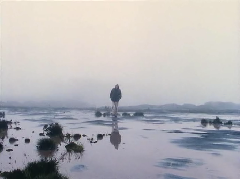 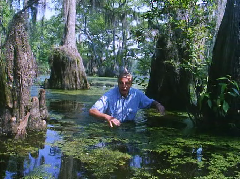 But as I said earlier, the truly remarkable thing is its fast forwarded view of the plant world, documenting the fights, battles and conquests of these outwardly immobile flora. There is beauty in a flower opening, blackberries ripening and a mushroom slowly poking its head through the dead leaves. There is nothing beyond just sitting and watching wind hit a dandelion patch. Watching and wondering, you couldn't get tired of the magic on screen.

This is the ultimate documentary. *THE* Ultimate.

--
Art is Nature speeded up and God slowed down.
-- Chazal