Kerala and Linux, from ground zero

As I type out these words, I'm sitting in Trivandrum, a few minutes' drive away from Kerala's democractic power centre - the AKG centre. And if I read the weather right, everything is in place for Free Software to take educational and government institutions by storm. But this wind of changes wasn't a communist movement or empty promises in the wake of RMS' visit. Months before RMS visited or even the current government came to power, there were undercurrents in the administration towards using Linux (*sic*). Now, they might have been invisible to a lot of the readers of The New York Times, but I've certainly talked about it quite a few months back.

As you can see from the date of the Kairali Linux project, that it pre-dates the current communist government. The good news is actually, that the work done over the past year and a half is actually going into use, even though the power centres have shifted during the last election. The official, face of the whole exercise is CDIT's Open Source Technology Team and they seem like a sensible lot. The following excerpt is from their website :-

Take that, you commie blaming NYT news reporters, confusing a good decision with political opposition to big business. And there's yet a personal angle to it too - in November, I had in my hands a pair of installation CDs. Look at the pretty shrink wrapped software with a big GPL disclaimer on the back panel, price tagged 99 INR. 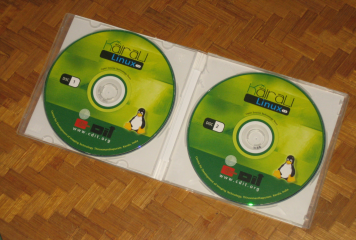 It also came with a manual titled (translated) - Swathanthra Software and GNU/Linux in malayalam by the Kerala Bhasha Institute and C-DIT. The document is in pretty good detail, explaining how to do simple wordprocessing to playing music or setting up dialup. 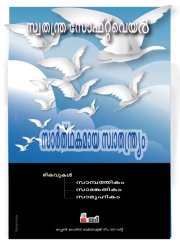 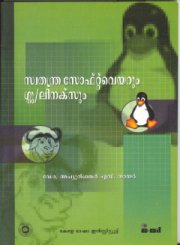 This is all on top of the educational reforms removing product specific tutorials from the syllabus and making them electives. Yes, they teach about Word Processors not Microsoft Word. Like somebody recently said, it is about the same as Home Appliance science - but with Oo.org, it at least doesn't come with an extra license fee per copy. Anyway, it's not like there's any engineering college here that doesn't use linux as part of the course curriculum.

Now, at lease one concerned mallu has expressed his concern about the government's policy on F/OSS tools. But I'm quite unconcerned [1] - the whole operation looks to be in very good hands indeed.

[1] Whenever I run into a strawman, I think about the Wizard of Oz.

Anarchy with an electoral system

Hospitals are such boring places to sit around. Sitting around in the lobby watching a bald seven year old tug on her father's hand is just too painful. Except for a few minutes sometime around 11 when all the cured pass out through the doors, the atmosphere is sterile and sounds like what a library should be. So I finally gave in and started staring at the TV showing the current events in Kerala.

Yesterday was the election results day. It is hardly a week after the elections, but thanks to all the voting machines the counting is quick and painless. You'd have hardly needed an election to predict the results. LDF (Left Democratic Front) won out 98 seats out of the 140 in offer. Basically, CPI (M) won out an entire majority this time around.

Communism, just like economics, has an entirely new model in Kerala altogether. If Kerala is a nursery for educated labour, it is in no small way indebted to the reforms by the communist regimes. Quite ironic that the Kerala's booming tourist industry and its main export product, viz people, has been due to communist non-developmental strategies. Kerala under the left has always invested in the people and seen its best being drained out into the Gulf, Bangalore and the U.S. Incidentally, that wasn't such a bad thing considering the prevalence of the joint family system.

All in all, the incumbents lost. Or more accurately, the incumbents have never won in Kerala. Now, we'll be introduced to the same old brand of Left corruption - party donations which trickle down instead of the Right's upwards kickbacks.

I've said this before and I'll say this again - democracy dilutes the power of the individual and rationalizes the actions of the mob rulers.

Hospitals are depressing. Facts for the day, there.

--
Health nuts are going to feel stupid someday, lying in hospitals dying of nothing.