Free speech is not any different just because there's the internet involved. And any country attempting to close its internet borders in the name of censorship should be defeated, for the fear of setting a precedent. Censorship anywhere is a threat to freedom everywhere.

Otherwise very soon, the internet will turn into a series of █████ which will only be used by █████████████, unless ██ take action and stop the █████████.

--
Censorship reflects a society's lack of confidence in itself.
-- Potter Stewart 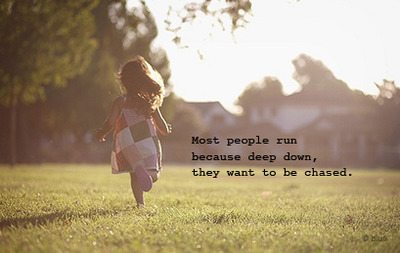 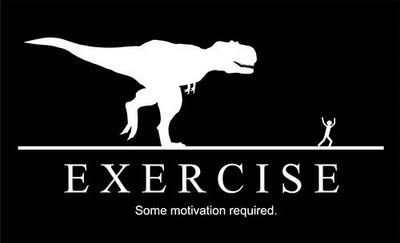 An Old Story in a new Avatar

Avatar is Pocahontas set in Fern Gully, except with Smurfs who are Thundercats. And hero's plugged in from somewhere, with a smattering of a messiah complex thrown in (and a pity, they'll never make any sequels ... *ssh*).

But now that I've got the cliched bits out of the way, let me rave about the visual beauty of the movie. The reason this movie takes so much flak about the plot is that the CG does not jarr the suspension of disbelief required. To watch Neytri wail and definitely do the damsel in distress routine does bypass the fact that she's a giant cat-alien, into my emotional awareness. Somehow that disrupts the dehumanization of the enemies that the Colonel is under (if he had a cigar on him, I'd have had Quake3 flashbacks). The fight sequences are hardly overdone and they haven't gone bullet-time or john woo freeze-frames on it. Perhaps the brain-stem connections all animals share is probably the only thing that really stretches the imagination. But the movie goes to great lengths to illustrate that it's not really a form of direct control. There's hardly anything wrong with the movie as such - as long as you're only watching it.

There's EPIC FAIL and some glimmers of brilliance in the fauna of Pandora. Most of the animals on the planet have six limbs. This is perfectly acceptable, but if only they'd kept it consistent and extended it to the Na'avi. A bipedal/tetrapod Na'avi co-existing in parallel with hexapodal large animals sort of suggests a really un-bottlenecked evolutionary history (think of the Cambrian explosion, followed by millenia without an extinction event). Which would almost make the nerve fibre connections into a miraculous act of convergent evolution. But not all of it is bad. The lung openings on the direhorses, on their chests with a large volume intake, would've been a brilliant evolutionary jump away from a narrow trachea and probably an easier jump from book lungs & gills. Somehow the fauna is vaguely reminiscent of Nemo Ramjet's Snaiad universe. Last but not least, Turok - the flying giant in butterfly colours. I just can't get over the fact that its name is "last shadow" and the import of that.

All in all, it's a mish-mash of the noble savage, the greed of man (ah, Rousseau vs Hobbes), the modern industrial military complex and an imperfect romance. The movie is watchable, though not by any means an instant classic.

--
If you want a happy ending, that depends, of course, on where you stop your story.
-- Orson Welles

I've left too many things behind with 2009. And I'm better off for it.

It wasn't exactly a pleasant year to begin with. Betrayals seemed the theme from the start. Which I could've dealt with, except my inability to deal with betrayal was treated as some sort of personal failing on my end. As if my disappointment was some hint of immaturity I had to grow myself out of.

Anger boiled, seethed in my veins. But I held my hand, because I still believed that people would do the right thing, albeit eventually. Patience lasted exactly a month. Then it was time to blast off, blow everyone off, leave the liars and traitors behind, to cleanse myself of the grime and corruption of their world. Yes, I still don't think as my trust being misplaced ... it was betrayed.

But perhaps, adversity is a forge of character. I revved up my thunderbird, cruised along

20/20: Twenty meals alone. Once you're through that barrier, being alone hardly holds any terrors. Life flows around you, every face a stranger's, every smile an accident. And you're in no hurry, there's nowhere to be, no one to meet, nothing really left to do. Sitting there, as you watch the world rush about, you feel content to just be a spectator to the human race.

Rock bottom is a pretty productive place to be. Wrapping myself in a cocoon of solitude, I spent hours, nay days scribbling bits of myself into my little diary. An outpouring of self, a vignette of modern urban life, my only story, a fictional biography of someone I used to be.

Perhaps it was cathartic. Perhaps it was inspiring almost to examine myself through an honest mirror, instead of relying on the judgement of others. Brutal honesty cut through the threads of self pity tying me down. I may have had a crappy time for half a decade, but I've come out of it scarred, but smiling. And again.

Resurrection. Life's a little less serious now, I think I have most of it figured. Simple rules to live by - smile, don't give a damn about what "they" think and do what you really want. If you're good, you'll float ... else, you sink. But there's no room for pretending.

[1] - Wait, that was only four months? The rest of the year? A blur of fun, parties, travel and stuff that'll eventually be a footnote to such a page.

--
Strike me down now and I shall be more AWESOME than ever!