A Resonance to Dissonance

That can't be true. I know to the exact dot, dash and every crossed tee to why I made the decision to write this blog. Or am I just writing out a rational framework as an after-thought to a pithy cliche? Maybe it's because I picked up an Orwell book and read Shooting an Elephant again?

I will never know. Not for sure. The sequence of thoughts that precede and follow an action are often so mixed up in retrospect. They get even more muddled up when I introspect deeper. I can't use my mind to understand itself. Going third-person collective on this stuff!

We strive to maintain a certain rational self-integrity as a survival trait. In some sense, our self images involve a picture of a conscious, self-evolved and rational person. We cling to it, however transparently false it might be to everyone else around. We are proud of it.

Impulsive decisions prompt a certain cognitive dissonance in deep dark of your sub-conscious. You know you aren't that kind of a person, but the act is behind you and there's no rewriting your actions. But perhaps there's other things you can change to make it all fit. Most of us fight it by becoming a new self, to whom the actions are a natural consequence of who they are. I understand, even have grown to respect that it's inevitable. But rather than admit that the change of heart was after the action, we'd rather revise our history a bit to recover a bit of internal coherence. Because in the disordered and confused world they live in, the coherence of self is perhaps the only thing they've got left to hold onto.

You've become a different person and it surprises everyone around you. The most convenient lie to trot out to mask all this internal turmoil is the ever cliched "I've always been like this, you didn't know me well enough!". I can't really read minds, but I've learnt to read people. Observing people will themselves into believing this - that they haven't changed due to their decisions and that causality flowed the other way around - has brought me some insight into the ways change has creeped into me.

I've come to embrace it. My decisions have changed me, some for better & some for worse. I'm a product of my decisions, not of my dreams or desires - of my decisions & actions. I live out my own punctuated equilibrium of personal evolution. And not everything that changed me came from within. I'm not taking anything away from myself with that admission. It's the truth.

But I've come to despise the impulsive pretenders of later rationality.

Perhaps despise is too strong a word. But it'll do for now.

--
One could laugh at the world better if it didn't mix tender kindliness with its brutality.
-- D. H. Lawrence 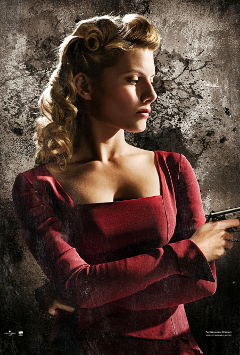 Advice to a Younger Me

Occasionally, as I flip back the pages of my life, I find myself in conversation with a younger me from a much older time. As if caught in a flipbook time machine, I see myself change, grow and in some sense, stay the same. Once in a while though, I turn up a page with which I disagree with enough to need revisiting.

In the mid-summer of 2007, out of my frustrations with work was born an unadulterated rant of pure cynicism.

There's some sort of misplaced humility that is injected into us by our educational system. Or maybe it is some sort social stigma attached to the braggart or overacheiver. Must've been what was going through Lennon's mind as he penned down "they'll hate you if you're clever and they despise a fool". Eventually, the struggle to stand out and the pressures to blend in, find some sort of balance in your inner selves. You'll be happy to be the best at something everybody is doing. And even if you aren't, it's somewhat a partially ordered set. Life makes sense and the years roll on.

So you are the real deal, the bee's knees. To start off your career, you dive in and start pulling your weight. Even a moron in a hurry can see that what you're doing valuable, nay essential to the company. Your management wants to know that, it's exactly the kind of information they crave. When it's handed to them in a platter, they love it. But, you keep working, in your little corner. Nobody notices anything and if they do, it's when you fail. You complain about not being noticed to your peers, you write out long rants on your blog about how your life sucks.

Most people at this point in their careers blame the management for everything that's wrong at their job. And treat every peer who chooses to move into management as a blood traitor. I'm not denying that there are bad managers, just the same as there are bad people. But most managers promoted out of rank & file end up being good people with a job which looks like herding cats, except without any catnip. The people working under ordinary managers go passive agressive in their rebellion, complicating the situation further. Eventhough 'tis a betrayal every which way, it happens because nobody trusts anybody.

You are doing something very important and valuable to the company. Then why don't they trust you? Because they have had people work under them in past who were poor communicators because they weren't getting anything done. They even had good people work under them who secretly didn't like the plans, but kept their traps shut and worked towards a fait accompli. So if you communicate poorly, they are not going to give you the benefit of the doubt. No matter how many poor communicators actually end up getting work done, the managers will always remember the times they've been burned.

You don't need to be a 'Yes Man' or a atrocious sychophant to get your manager to treat you well. All you need to do is to make his job easier ... after all, managing you is pretty hard work. Though, there's such a thing as overdoing it. But that's yet another story altogether.

Watching your future with much interest,
— future me.