Every company has its own unique attitude. Now, I lament a bit about some stuff in Yahoo! I never got to experience - its fun side. I did catch the tail end of this phenomenon, but here's a blast from the past about how different the times were in the last millenium. 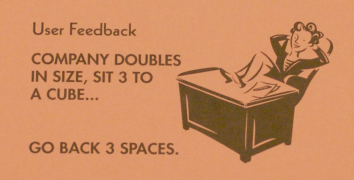 This is one of the cards from the Yahoo!-o-poly which was given out as the year end gifts in '99. There is a fair bit of company history hidden inside those images like the Say 'No' to AOL card or the reply to all card.

Somewhere along the way, that sense of humour seems to have been replaced with suit & coat seriousness. Maybe not with the old folks, but every hire you make you dilutes the culture if you fail to inculcate the same in him - which requires slow growth and mainly of fresh talent. A crowd of new joinees in their thirties is impossible to subvert to local cultural standards.

But let me say this - mourn not for what some never had. 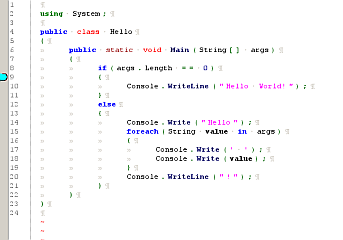