I got my tickets to Sydney confirmed on Thursday evening, for an extra 200 USD, making it a round 1400 USD. Right now I'm sitting in the lobby of Changi airport, literally chained to the power plug by an office laptop with a b0rked battery. It must've been the lack of sleep, jet lag and the location in combination, but I found myself reminscing about my trip last year (without the aid of my blog).

No, it isn't the talks that I remember about the conference - well, with the possible exception of the Damian Conway keynote. Other than the thrill of my first foreign excursion, the conference didn't quite have the sterility of the average technical conference - wasn't a single lecture in what I attended. 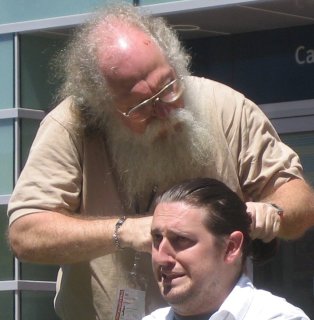 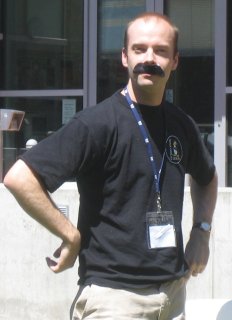 But the people were more interesting than the talks. And I think the 24x5 nature of the conference, because of the hostels, plays a big part in encouraging interaction. And when such a large number of interesting people are thrown together, stuff's bound to happen.

And then there are the conversations - I remember one which started off about Women & FOSS (remember D00d3tt3z on ILUG-d ?), which turned into a discussion comparing unicycle hockey with unicycle polo.

Not to forget the pranks, jokes and cricket.

As someone said - couple more sleeps till lca '07.

--
A conclusion is the place where you got tired of thinking.