I got a nice little present for Christmas.

It had +4 lines, a huge mail explaining why and made me feel happy & stupid at the same time (there's some correlation, I think).

The patch fixes a one-off error in the APC shm allocator (read my mail for a shorter paraphrasing) and has triggered the 3.0.16 release. Now, APC should be stable even when running under cache full/heavy load conditions. And I've been barking up the wrong tree of race conditions for months & months. But the important thing is that this is fixed now.

--
Patience is a minor form of despair, disguised as virtue.
-- Ambrose Bierce

It's hard to let go of people.

Easier it is to push them away, drive them out of your world and pretend that your paths never ran together. To ignore them, avoid them, separate out their world from yours.

But sometimes the hard way's the easier, the short way goes on longer and life's too short to take the long way around.

--
A man can be happy with any woman so long as he doesn't love her.
-- Oscar Wilde

While working towards setting up the Hack Centre in FOSS.in, I had a few good ideas on what to do with my "free" time in there. The conference has come and gone, I haven't even gotten started and it looks like I'll need 36 hour days to finish these.

apt-share: I generally end up copying out my /var/cache/apt/archives into someone else's laptop before updating their OS (*duh*, ubuntu). I was looking for some way to automatically achieve it with a combination of an HTTP proxy and mDNS Zeroconf.

Here's how I *envision* it. The primary challenge is locating a similar machine on the network. That's where Zeroconf kicks in - Avahi service-publish and the OS details in the TXT fields sounds simple enough to implement. Having done that, it should be fairly easy to locate other servers running the same daemon (including their IP, port and OS details).

Next step would be to write a quick HTTP psuedo-cache server. The HTTP interface should provide enough means to read out the apt archive listing to other machines. It could be built on top of BaseHTTPServer module or with twisted. Simply put, all it does is send 302 responses to requests to .deb files (AFAIK, they are all uniquely named), with appropriate ".local" avahi hostnames. And assuming it can't find it in the local LAN, it works exactly like a transparent proxy and goes upstream.

WifiMapper: Unlike the standard wardriving toolkit, I wanted something to map out and record the signal strengths of a single SSID & associate it with GPS co-ordinates. A rather primitive way to do it would be to change the wireless card to run in monitor mode, iwlist scan your way through the place & map it using a bluetooth/USB gps device (gora had one handy).

But the data was hardly the point of the exercise. The real task was presenting it on top of a real topological map as a set of contour lines, connecting points of similar access. In my opinion, it would be fairly easy to print out an SVG file of the data using nothing more complicated than printf. But the visualization is the really cool part, especially with altitude measurements from the GPS. Makes it much simpler to survey out a conference space like foss.in than just walking around with a laptop, looking at the signal bars.

To put it simply, I've got all the peices and the assembly instructions, but not the time or the patience to go deep hack. If someone else finds all this interesting, I'll be happy to help.

And if not, there's always next year.

--
Nothing is impossible for the man who doesn't have to do it himself.
-- A. H. Weiler 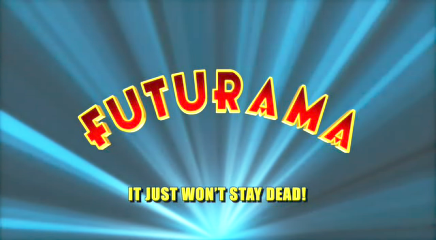 As fox2mike told me, "We're missing a kick-ass conference" (sitting behind the scenes).

Conferences are unnecessarily cruel on the organizers. After five days of FOSS.in, I was left drained & empty rather than re-energized. Compared to the last year, when I said it was Ardeo Redux, this year my emotions are completely different. Was no fun, this conference - show up early, baby-sit the hack center, feeling sick in the infernal cold snap. Anyway, I suppose that's what responsibility steals from all of us.

Kudos to everyone who's worked tirelessly behind the scenes all these years.

--
Some people grow with responsibility -- others merely swell.

--
There is nothing new except what has been forgotten.
-- Marie Antoinette

A Year in Silence

It's been a year.

A year, a really long year.

--
It is a sobering thought that when Mozart was my age, he had been dead for two years.
-- Tom Lehrer

Run away, I did. But no longer.

--
Life only demands from you the strength you possess.
Only one feat is possible -- not to have run away.
-- Dag Hammarskjold