Ran into this while watching Hitchhiker's Guide to the Galaxy movie. You know how the ship turns into different things before normalcy is restored ? Well, the last thing the ship turns to is a face, a very interesting face. 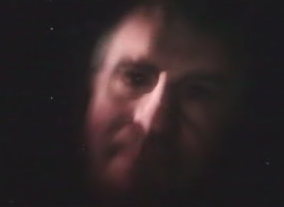 When I was reading Going Postal, one particular concept hit me harder than the whole book's story. A man's never dead while his name's still spoken, maybe they aren't till they are forgotten. After all, does a falling tree make a noise if there's nobody to hear it.

--
Hitchhiker's Guide to the Galaxy, page 461 - has the question

Revisited some movies to just listen to some songs. Starting with the funny stuff. Like the >Kyle's mom's a big fat bitch from Southpark or the What would Brian Boitano do (the guitar at the end of that is nice) from the same. Or the out and out hitting of Monty Python's Meaning of Life - Every sperm is sacred. Apparently they went on for around 3 whole minutes, dropping aitches off neighbour'ood and in general pointing out that it was a double standard in terms of the value of life. The Third World reference about Yorkshire and the protestant neighbours talking all make for an excellent joke. But I must say that the tiger part of the cross-talk is what I really like in that. I wonder how hard that must have been, considering that the guy who's missing the leg (Eric Idle) is the same guy who's wearing the tiger's head. Btw, look at the South Park post just before this and see if you can find Eric Idle there.

Came round to LOTR: Return of the King, in the scene where the horse charge towards the white city happens. The violins and cellos on that really take you high up and leave you expecting a fall. A failure of epic proportions awaits, but the music will take you so high that to give up is not an option. It is moments like these when the music wraps you into the movie.

Watched XXX, with Vin Diesel all pumped up. It was quite stupid all in all, but with some flourishes. Like water scrubbing being used to clean up the Silent Night nerve gas. Saw bits of The Rundown and finally I should say that Sean William Scott can act. Nobody who has seen American Pie will believe, but it seems to be the fact. The real clicker in my head was a sign post they pass on the way to El Dorado, which has an 'H' and an extra 'L', on either side of El scratched out from the background paint.

Rockstar, was a nice movie. Especially the second song in the concert which goes like Risk my soul, test my life/ Spend my time, lost in space/ Let the river flow, through my calloused hands. . The base guitar on that is like mesmerising. I was always one to listen to more violins and cellos rather than listen to stuff that's been plucked. But that particular tune, sort of make me forget someone is playing it on a guitar. Also hit the last bits of School of Rock to listen to the second song there. The one that goes something like It's a long way to the top, if you want to rock and roll ... .

Even a bit of Simpsons. The Lisa's Sax episode has an absolutely mind blowing ending with the sax (I think it is from Baker Street, by Geff Rafferty). The other one was the ballad in the Last Exit to Springfield. This was the infamous episode with the So I tied an onion to my belt, which was the style of the time. You know the Gimme five bees for a quarter episode. Anyway here's what Lisa was singing

A few years back, I used to go and watch National Geographic specials at my grandfather's older brother's. He was (or rather still is) a zoology teacher and had an amazing collection of David Attenborough which I suppose has recently fallen prey to fungus and disuse. The real thing the BBC team had (especially Bristol 4:2:2) had was a feel for the music. The wild chases on the savannah, the stalking in the bushes and the ambush on trees were all played out to a background music. It was as if the animals were acting out a play, in tune to the music - like some Jackie Chan movie, only with less flying and kicking.

--
Who wouldn't be interested in everything we do?!
-- Calvin